Awareness and sensitivity towards protection of environment is an important part of value education. Keeping the mission of RCOEM of providing value education and social responsibility in mind, REEF (Shri Ramdeobaba college Engineers for Environment Forum) was set up as an environment club of the college by its Mentor Faculty Dr. Deepshikha Mehra and a group of like-minded students. The club, founded on 25th January 2012, is hosted by the Department of Humanities of RCOEM.It works to achieve the following objectives: 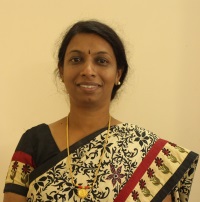 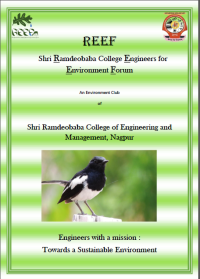 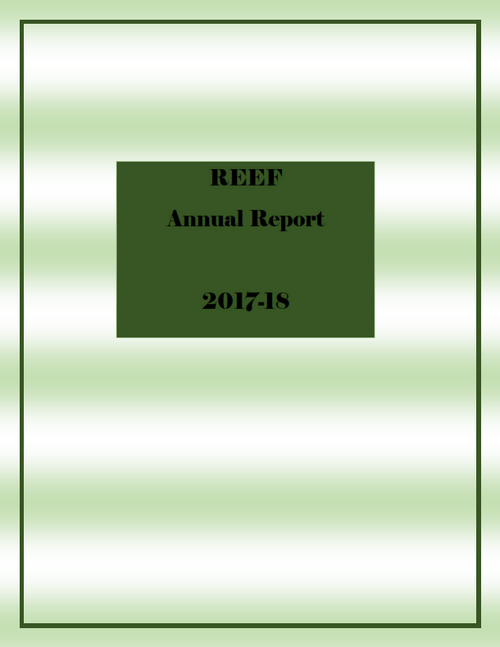 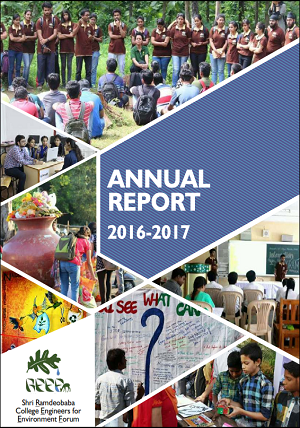 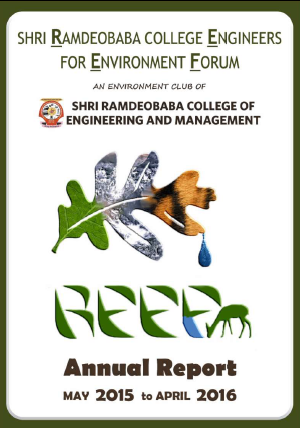 REEF (Shri Ramdeobaba college Engineers for Environment Forum), the environment club of RCOEM, won the Vidarbha Bird Race organised by Maharashtra Forest Department in association with Birds of Vidarbha on account of Wildlife Week celebrated from 1st to 7th October 2016. This is the 3rd consequent win for REEF in different bird races organized in Nagpur in the past one and a half years. REEF stood 1st among 30 teams that participated from all over Vidarbha. The team was led by Rohit Hazare (3rd Year, EC). The other members were Harjot Singh Kahai (4th Year, Civil), Atharva Mangrulkar (2nd Year, IT), Himanshu Gunde (2nd Year, EDT), and Udayann Dayaanand (2nd Year, Civil).
A Bird Race is a full day competition where a group of experienced and budding birdwatchers spend an entire day spotting and identifying as many species of birds as possible. The team which is able to identify the maximum number of bird species wins the race. Winning is based on many aspects like knowledge and identification skills.

REEF (Shri Ramdeobaba college Engineers for Environment Forum) members had participated and have been adjudged as the winners of Wipro Earthian 2014, an international competition for schools and colleges. The winning team comprised of the team guide and mentor faculty of REEF Dr. Deepshikha Mehra, team leader Rohan Dekate, Aaditya Somani, Vishakha Jaiswal, Radhika Kale and Manas Agrawal. The college and REEFians were awarded a prize money of rupees 1.5 lakhs and were invited to Bangalore for the prize distribution and interaction to engage the college with its CEP (Continuous Engagement Program) on 7th and 8th of February respectively. They emerged as a winner of this international competition among with India’s other premier institutions like IISc Bangalore, IIM Indore, NIT Trichy, XLRI Jamshedpur, etc.

India celebrates wildlife week every year in the first week of October (2nd to 8th) with a motive to promote the preservation of fauna in the country. REEF, the environment club of our college, celebrated the week by hosting an event on 6th and 7th October in the college campus. The event was inaugurated by Dr. S D Mohagaonkar (Dean, 2nd shift) and Dr. Deepshikha Mehra (Mentor faculty, REEF and HOD, Humanities). In the event, wildlife photographs clicked by REEF members in college and during educational trips were exhibited on a flex. The photograph of Royal Bengal tiger received the maximum number of public votes. The event also included a wildlife themed flywheel game and tattoo art.


The Inauguration of event

REEF members also made silhouettes of 6 wildlife species from ceramic waste on various green patches in the college campus. These silhouettes aimed at spreading awareness about various wildlife species and their IUCN status. The event received a positive response by the students, teaching and non-teaching staff. It also made them aware of the status of Indian Wildlife and marked the urgent need for preservation of the rich fauna of the country.